IoT Is Our Apollo 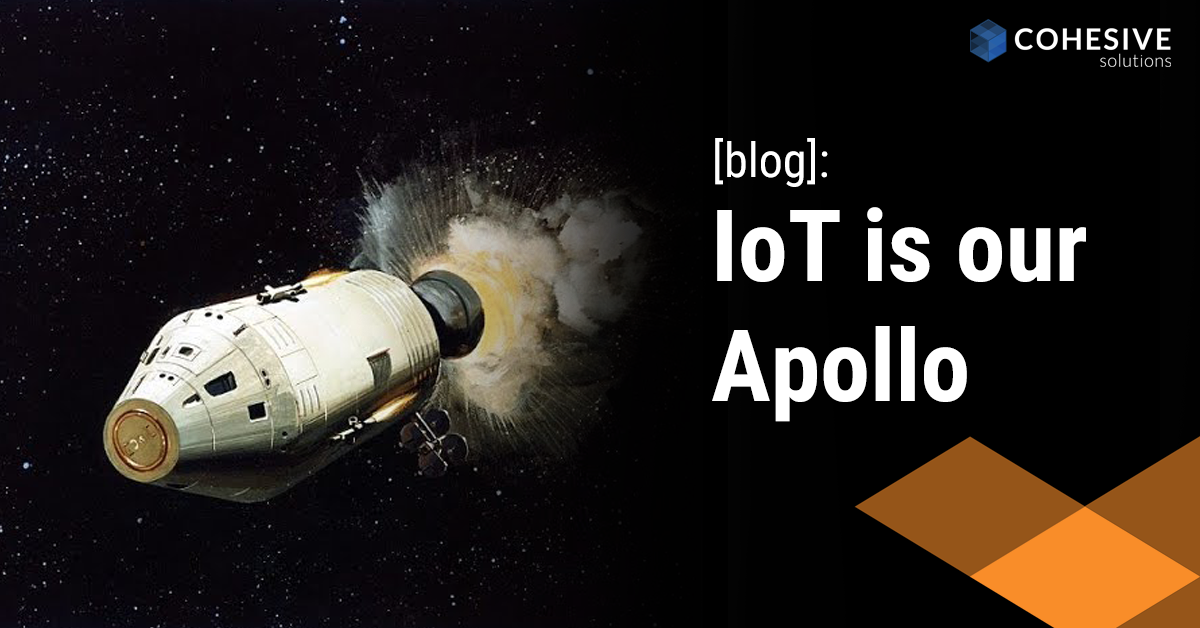 IoT is not rocket-science but there are similarities and lessons that can be applied.

Success exists in the small wins or the truths that we learn on a journey. The ‘success journey’ has been on my mind a lot lately. Last month I visited Houston for the GOMaximo event. Houston has a special relationship to the Apollo space program.

The Johnson Space Center in Houston was the epicenter for activity for all of the Apollo missions. Apollo program ran from 1961 to 1972, with the first manned flight in 1968. Apollo set several major human spaceflight milestones. The Apollo program is the perfect example of a team’s ability to commit, willingly go beyond what they know at a single point of time. At this time in history, President Kennedy’s vision birthed an idea about our universe, and ultimately our responsibilities to reach the moon safely.

The path of the Apollo program reminds me of the IoT journey we are now on. There will be some challenges, but more importantly, there will be wins and truths discovered that benefits us all.

In 2016 IBM announced an array of new services, industry offerings and capabilities to help enterprise clients, startups and developers drive digital transformation with the Internet of Things (IoT). With the number of connected devices skyrocketing, IBM made IoT accessible to millions around the world. IBM dedicated more than 1,500 industry experts with its new Watson IoT Consulting Solutions, as well as give open and free access to its Watson IoT Platform.

By integrating IBM Watson IoT Platform APIs and technologies, including cognitive, analytics, mobile, security and cloud capabilities, together with development and implementation consulting and ongoing support, clients can fully use the IoT without the risk and complexity of dealing with multiple vendors.

This sounds wonderful, but the reality of applying IoT to our lives is a little more complicated.

In his speech at Rice University on September 12, 1962 John F Kennedy declared the U.S. would put a man on the moon and return him safely by the end of the decade. On July 20, 1969, Apollo 11’s lunar module successfully delivered Neil Armstrong and Buzz Aldrin to our moon’s surface. It is truly amazing what NASA accomplished in just 2,503 days.

This risk laden journey did not start with Apollo 11. Rather the Apollo space program was a series of deliberate steps, each with incremental progress toward the desired outcome.

Like the Apollo program, Watson IoT enters our lives with questions. How do I apply it to my work, my processes, or where do I start? IoT is not rocket-science, however, the same overarching strategy used for the Apollo missions can be used to achieve your IoT objectives. In a recent discussion with Candi Robison, our North American Sales Leader of Connected Operations at IBM Watson IoT we agreed on a few findings.

There’s no single path to IoT success. Some companies focus on connecting existing products to make them more attractive and useful to customers. Others exploit opportunities to achieve operational improvements that increase efficiency and lower costs. Organizations will find ways to incorporate the aspects of IoT, success will be found, then refined, and found again.